Please send your sightings to martynwilson@talktalk.net

New additions over the past week have included Bearded Tit, Little Grebe and a stunning male Merlin.

Very good weather this morning, sunny with no wind, as i did the circuit and managed 50 species including a ring tail Hen Harrier at Middle Drove and a Peregrine at Marsh Hide. 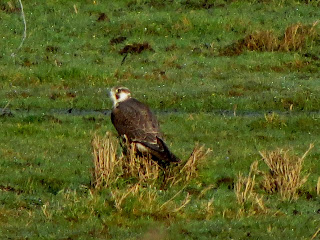 The Bewick's Swan fortunately stayed until Saturday (8th) morning but strangely, was not on site Sunday morning nor Sunday evening although the bulk of the Swans came in just as it was getting dark and Chris and I had left to count Woodcock. Marc Heath sound recorded a Curlew flying over on the 7th at a quarter to ten, we Had a calling Lesser-spotted Woodpecker at Trenlypark Wood on Sunday, Bob Knight encountered a female Goosander at Fordwich, also Sunday, and a pair of Bullfinch were at Collard,s. The species total is now 88.

Bewick’s Swan pre-dawn at Grove Ferry this morning (5th Jan). Also 1 GW egret, peregrine over, lapwing (2 on deck, the a flock of 60 came in – some settled – and an additional 100+ seen flying west) being the highlights.

A full 10 hours in the Stour Valley on the first yielded 73 species for the year from various watchers although expected 'gimmies' such as the wintering Dusky Warbler and Siberian Chiffchaff failed to show themselves. Another five Species added on the 2nd and one more on the 3rd, a full list in the link above.

I did the circuit yesterday, 2 Jan , and with a trip up to the top road managed to see 40 Species. I had a large flock of approx 40 Corn Bunting's and a smaller flock of Yellowhammer. Also around 20 Great black-backed gulls. At Marsh hide were 2 Water Pipit and 6 Snipe. Near the jungle was 1 Tree Creeper and 3 Grey Wagtail's. On Jan 1st i heard a Nuthatch near the Rookery and a common Buzzard sky dancing.

A few hours spent early morning until 10am at the Stodmarsh end of the valley. An early morning drive around produced 4 Tawny Owl and 1 Woodcock. Then on the the Grove bends at first light where I noted 3 Skylark, 3 ring tail Hen Harrier leaving their roost, 4 Marsh Harrier, 1 Brambling, c400 Cormorant, 500+ Fieldfare and 2 Great White Egret in flight together over Grove Ferry. I moved on to the woods near Collie Corner where thanks to Martyn's directions, I connected with the pair of Nuthatch which were quite vocal and also a bonus Firecrest there. A Treecreeper was heard and nearby at Collards there were the usual duck on the lake and 10+ Corn Bunting feeding around the cows. A cracking few hours and great to be back in the valley. 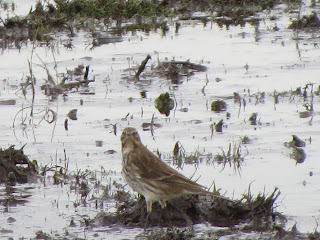 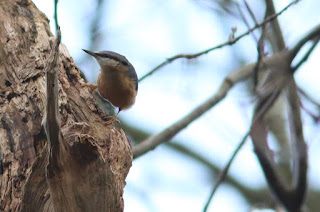 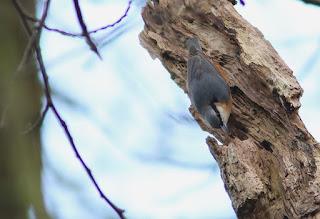 Posted by Martyn Wilson at 19:19
Email ThisBlogThis!Share to TwitterShare to FacebookShare to Pinterest
Older Posts Home
Subscribe to: Posts (Atom)